Sorry about the lack of house posts this week, folks. We’ve got a couple of projects on the backburner and they’re just taking a while to get to the point where they merit a post. I’m really excited about them though and think they’ll have a big impact on our space.

Here’s a quick little update on the status of the yard. We recently added these new patio chairs. They’re from Kmart, of all places, and they were only $13 each, on sale! My husband is really good at finding deals like this. 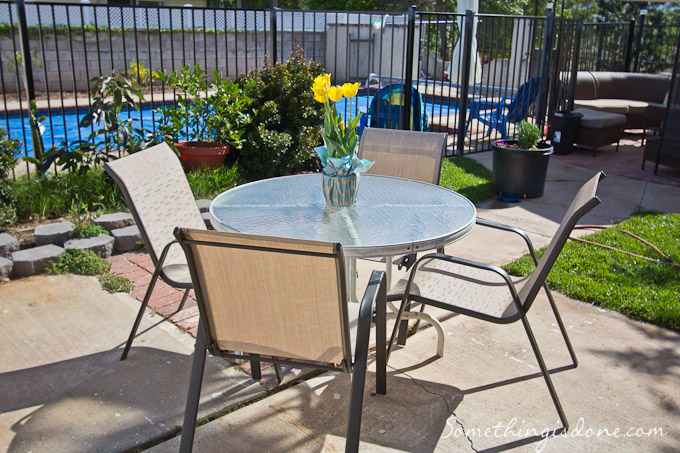 The new chairs are nice and comfy. They’re obviously not the highest quality things, but they are comparable to thirty-dollar chairs at Target or Home Depot, so I’m ok with the price we paid! They replace these grody things: 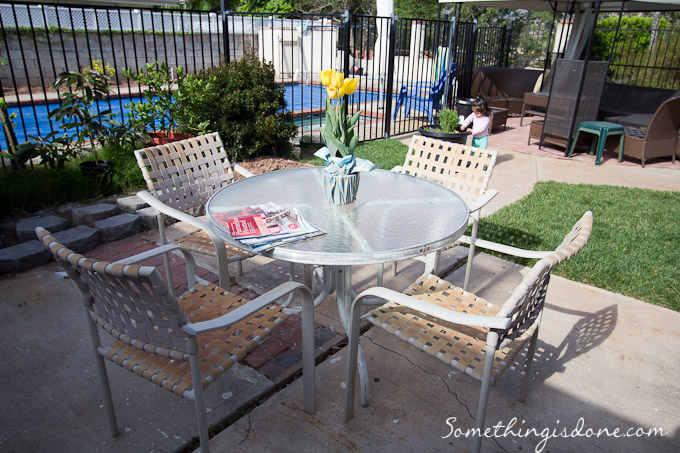 The whole patio set was a hand-me-down from Chris’ parents. It was awesome, still sturdy and functional, but the chairs had seen better days. There was a ton of discoloration from sitting out in the sun for years, and it didn’t improve despite my attempts to bleach them out.

I finally got Chris to agree that we should get new ones. Now that we have nice chairs out there, I actually sit out there more! I’ll watch the baby running around the yard while I have my morning coffee. 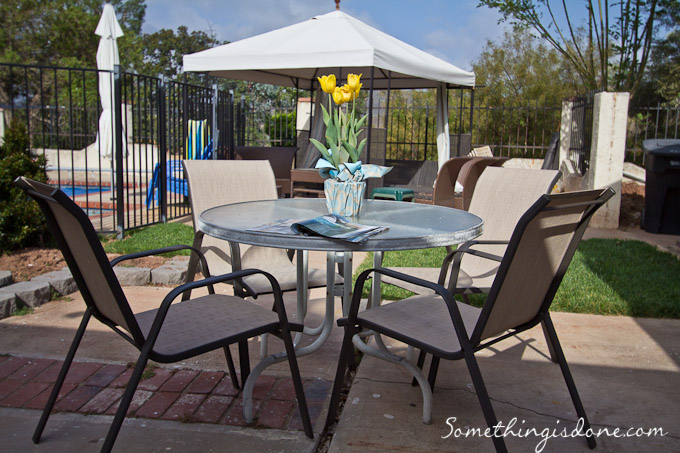 The paint on the table is badly chipping and we’re planning to scrape it down and spray paint it. Guess what color we’re going to go with? 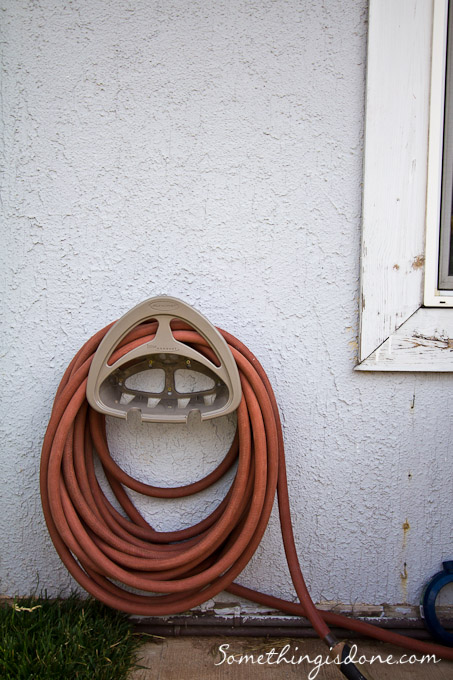 We also installed a new hose reel this week. Suddenly the hose, which was lying coiled on the patio, is gone, and we have so much more usable space! It’s the little things…

Boy, we really need to get the outside of the house repainted. Sigh. That’s what happens when you buy a fixer. You have to live with peeling paint until you get around to it…which could be months or years. Be warned!

3 comments on “A Few Yard Updates”